in February 2015 when a group of volunteers from the Community Food Bank of the Greek Evangelical Church of Katerini first set foot in the refugee camp at Idomeni, situated near the border of Greece and the Former Yugoslav Republic of Macedonia (FYROM). Αfter border closures in early March 2016, thousands of refugees were stranded at Idomeni under deplorable living conditions. 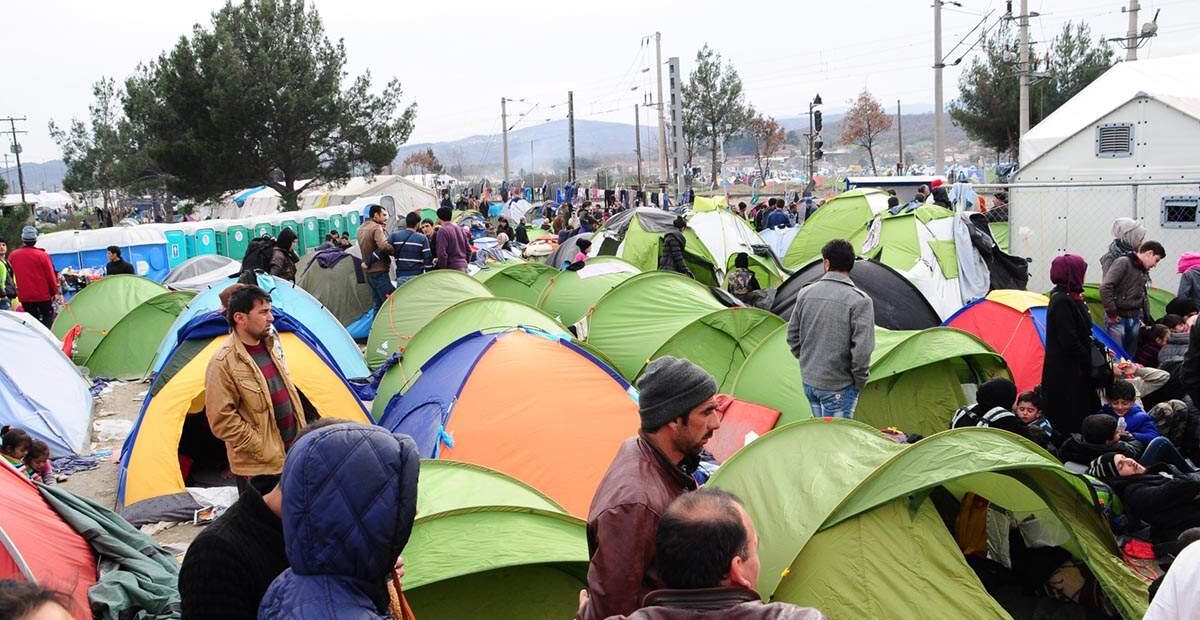 From August 2015 through April 2016, semi-weekly missions (every Wednesday and Sunday) organized by the Community Food Bank/GEC of Katerini traveled to Idomeni aiding in relief efforts. Provisions (food, water and clothing) were distributed to the refugees in need, which totaled up to approximately 500€ per week and funded by the GEC of Katerini and the General Synod of the Evangelical Church of Greece.

It is worth noting that the majority of the members of the GEC of Katerini are descendants of Greek refugees from Pontus (modern-day eastern Black Sea Region of Turkey), Cappadocia and Asia Minor. Our ancestors were forced to abandon their homes in 1922, an issue that was later sealed with the Lausanne Treaty (1923) between Greece and Turkey which mandated the compulsory population exchange between the two countries. Based on our ancestors history, we at Perichoresis to want to offer compassion  to today’s refugees and strive to provide relief to those in need as we pay tribute to our ancestors, many of whom went missing, were killed, or perished at sea.